Abbey Ellis (University of Leicester in partnership with the Ashmolean Museum) 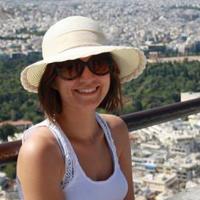 Abbey graduated from Merton College, Oxford in 2016 with a first class BA in Classical Archaeology and Ancient History. In 2017, Abbey achieved a distinction in her Masters degree in Classical Archaeology, also at Merton. Throughout her studies, Abbey was a regular volunteer at the Ashmolean Museum and a founding member of the Ashmolean’s Student Creative Board. Abbey also served as Oxford University Archaeological Society president, and was active in archaeological fieldwork, excavating at the Sangro Valley Project and at the site of Lefkandi, Euboea. In 2016, Abbey was awarded funding from the Roman Society for an internship at the Great North Museum, Newcastle.

Abbey’s CDP project is split between the University of Leicester, where she is supervised by Sandra Dudley, and the Ashmolean Museum, where she is supervised by Bert Smith and Milena Melfi. Her work is set in the Cast Gallery and focuses on the value, authenticity, and uses of archaeological plaster casts, namely the exact replicas of ancient Greek and Roman sculptures made from Plaster of Paris.

Abbey’s project seeks to redefine how the authenticity and value of plaster casts can be understood. She aims to achieve this through an investigation into the use and status of plaster and the technique of casting in the ancient world. In addition, as part of a visitor studies focused phase of her project, Abbey seeks to examine the perceptions that museum visitors currently have of casts. She will be exploring to what extent visitors to the Ashmolean Museum view casts as authentic and worthy of display in the museum. She will be investigating whether current museum displays are doing enough to present these casts as objects in their own right, as opposed to merely being stand-ins for ancient original sculptures.

PhD thesis: Ellis, Abbey. “The Castness of the Things”: A Visitor’s-Eye View of Value in the Cast Gallery of the Ashmolean Museum, Oxford.PhD thesis, University of Leicester.