Oxford University’s gardens, libraries and museums attracted 3,311,764 visitors in 2019, according to the latest figures, just released, from the Association of Leading Visitor Attractions (ALVA). This is the third year in a row that visitor numbers have topped 3 million, with the Ashmolean, Bodleian Libraries and Museum of Natural History all featuring in the UK’s top 50 visitor attractions and in the top 20 visitor attractions in England.

The Ashmolean Museum saw a 5% increase in visitors to 930,669. Numbers were boosted by the introduction of seven-day opening from February 2019 and the hugely popular Last Supper in Pompeii exhibition. Attracting 87,280 visitors between July 2019 and January 2020, it was the museum’s most successful exhibition ever, garnering five-star reviews for its depiction of the ancient Roman city’s love affair with food and wine.

The Museum of Natural History saw record-breaking visitor numbers for the fourth year in a row. Attracting 792,282 visitors in 2019, the museum is now in the top 50 of UK visitor attractions for the first time. In the past five years visitor numbers to the museum have increased by 25%, driven by a wide range of family events and a dynamic exhibition programme. The most recent exhibition, First Animals, took visitors back in time to explore the evidence for the origins of animal life in the ancient oceans more than 540 million years ago. Visitor numbers crossed the 150,000 mark in January 2020, making it the museum’s most popular exhibition to date. 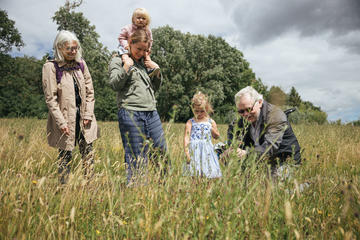 The Oxford Botanic Garden and Arboretum enjoyed its best year ever in 2019, with a mild winter and warm summer helping drive up numbers by 23% to 211,573. In August alone, 4,473 people visited Harcourt Arboretum, an 81% increase over 2018.

The UK’s oldest botanic garden benefited from a series of major planting projects in 2019 in preparation for its 400th anniversary in 2021. The beds in front of the Herbarium Room have been redesigned to give visitors the chance to see how the borders might have looked when the garden was established in the 17th century. And the Serpentine Ride – a grassy path that defines the layout of the oldest part of the Arboretum – has seen invasive species of rhododendron replaced with cultivated varieties to help bring the arboretum closer to its historical roots.

2019 was an important year for the Pitt Rivers Museum as it was shortlisted for the Art Fund Museum of the Year – widely regarded as the most prestigious museum prize in the world. Highlights of the year included Lande: The Calais ‘Jungle’ and Beyond, an exhibition of photographs and artworks by displaced people and activists to tell the human stories of the Calais Jungle; and Performing Tibetan Identities, a series of portraits by young Tibetan photographer Nyema Droma of young Tibetans in daily wear and traditional clothing, which celebrated their creativity and challenged stereotypes.

2019 was a multi-award-winning year for Multaka-Oxford, a joint project between the Pitt Rivers Museum and History of Science Museum to create volunteering opportunities for forced migrants. The ground-breaking project received a Museums + Heritage Volunteer Team of the Year award and was named winner of the Collections Trust Award. Since the project was established over two years ago, Multaka-Oxford has welcomed 64 volunteers, created 20 new volunteer roles, from tour guides to collection researchers, and welcomed 3,600 people to tours and events.

2019’s most popular exhibition at the History of Science Museum – People | Science | Business - 60 Years of Oxford Instruments – told the extraordinary story of how Oxford Instruments grew from a 2-person enterprise in a garden shed to become the University of Oxford’s most successful spin-out company to date.

The Bodleian Libraries welcomed 760,815 visitors in 2019, making it one of the top 50 visitor attractions in the UK. This is the third year in a row that the Libraries have attracted over 750,000 visitors. Exhibitions based on the Libraries’ incredible collections – like 2019’s Talking Maps and Thinking 3D: Leonardo to Present – combined with the Bodleian’s renowned historic spaces proved a huge draw for visitors in 2019.

The start of 2020 saw a range of fascinating exhibitions on display including Young Rembrandt at the Ashmolean Museum (opened 27 Feb), The Art of Advertising at the Weston Library (opened 5 March), Alice in Typhoidland, an unexpectedly timely exhibition about the battle against typhoid in nineteenth-century Oxford at the History of Science Museum and Weston Library (opened 21 January), and Losing Venus, a multiple-installation display by artist Matt Smith at the Pitt Rivers Museum (opened 4 March).

All of Oxford University’s Gardens, Libraries and Museums then temporarily closed to the public in March 2020 following Government guidelines in response to COVID-19. During this closure period the online resources made available by all sites proved hugely popular with the public. These have included virtual tours and lectures, collections-based activities like the Museum of Natural History’s More than a Doodle initiative, online jigsaw puzzles at the Ashmolean Museum, activities to create your own Zodiac signs at the History of Science Museum or learning to build a terrarium with the Botanic Garden and Arboretum.  Find out more about Gardens, Libraries and Museums (GLAM’s) digital resources for visitors here.