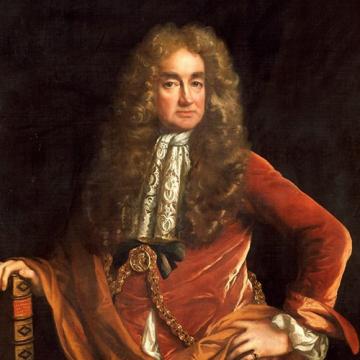 The Ashmolean is delighted to have been granted £110,000 by the DCMS/Wolfson Museums & Galleries Improvement Fund. Marking the 400th anniversary of the birth of the Ashmolean's founder, Elias Ashmole, the Museum plans to transform two central lower floor galleries to tell how the world's first museum was created.

When the Ashmolean was opened in 1683 by Elias Ashmole (1617–92), it was not just a repository and place for research and teaching but also a public museum. Ashmole’s vision ultimately laid the foundations for museums as we know them today, yet this globally-important story is little known. The DCMS/ Wolfson grant will be used to create a dramatic and theatrical permanent display in the large central gallery (gallery 2) of the lower-ground floor, evoking the 17th-century cabinet of curiosities. The double-height space will allow the Museum to show important portraits of scientists and thinkers of the 17th century; to show iconic treasures such as Powhatan's Mantle in a central location; and to bring out more of the founding collections into the larger space. A display about the Civil War (1637–60) will introduce Ashmole’s connection to Oxford, while exploring the political background of the period.

"We are profoundly grateful to the DCMS/Wolfson Fund for this transformative grant. It will allow us to tell the story of the founding of the first public museum and why it is called the Ashmolean; what it was opened for in 1683; and why it is in Oxford." Dr Xa Sturgis, Director of the Ashmolean

New displays will highlight Elias Ashmole’s vision for the Museum as a centre of practical research and learning, following the ‘new philosophy’ and scientific method of reasoning advocated by Francis Bacon (1561–1626). They will examine how this attitude transformed the Renaissance concept of ‘cabinets of curiosities’ into the modern museum, and will highlight other 17th-century collections that shaped the creation of the Ashmolean. Then, as now, the Museum intended to aid understanding of the world and our place within it through object-based research.

An existing gallery (gallery 8) will also be reconfigured as a flexible space for showcasing projects that resonate with Ashmole's original intentions for the use of collections. It will become a permanent laboratory space for innovative and collaborative projects and special displays.

Read the original article on the Ashmolean Museum website.