This article originally appeared on The Conversation, 31 October 2016 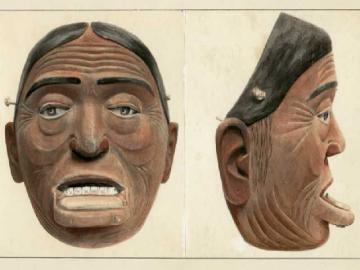 At first the voices were predictable. With art history and archaeology announced as the latest A-levels set to be scrapped, TV presenter Tony Robinson condemned this “barbaric act”. The Council for British Archaeology warned of a national shortage of archaeologists. And sculptor Anish Kapoor complained that “the humanities are under assault”.

Of course the old accusations that art history serves only a cultural elite were trotted out by the Guardian. But gradually more unexpected responses developed – and questions of equality, culture, and creativity were raised.

I teach three subjects to undergraduates at Oxford University: archaeology, art history and anthropology. And all three – along with classics and statistics – face the axe from the A-level syllabus as part of exam board AQA‘s latest reshuffle.

But as a Change.org petition to Save A-level archaeology approaches 15,000 signatures, and the 38 Degrees petition for art history reaches almost 20,000, given that the decision to axe anthropology was taken well over a year ago, there has been no comparable outcry at the potential loss of anthropology.

The reasons for the silence are complex. In part, it’s just that A-level anthropology is very new. Launched in 2011, through a partnership with the Royal Anthropological Institute, its planned loss was first announced some 18 months ago. Archaeology and art history are also relatively small subjects, but they have forged much stronger institutional networks – over a much longer period of time – which they now rely on for advocacy and support.

This includes national museums like the British Museum and university museums, along with politicians, broadcasters, publishers and TV production companies. As well as professional bodies like the Chartered Institute for Archaeologists, and learned societies like the Society of Antiquaries of London.

Another factor is a longstanding academic prejudice that students should not study certain subjects until as late as possible. A significant number of academic anthropologists and archaeologists – and even some art historians – maintain their disciplines are complex postgraduate research subjects that should not be oversimplified.

In the recent past this made the development and delivery of undergraduate programmes in supposedly “specialist” fields controversial. Today, debate about the breadth of A-level subject coverage combines such narrow thinking with the idea of a “relatively small customer base”.

In the universities, over the past three decades these attitudes have been gradually changing. At Oxford, Archaeology and Anthropology has been offered as a BA from 1992 and History of Art as a BA from 2004. These degrees have reignited teaching excellence in the university’s museums, and have injected a new diversity of cross-cultural, non-western and pre-modern topics into the academic curriculum.

But the major cause of the relative silence about the loss of anthropology A-level is probably that anthropology remains so poorly understood and communicated. And its intimate historic connections with colonial governance and Victorian concepts of “race” mean that the subject’s role today as one that celebrates cultural diversity can be difficult to communicate.

Nevertheless, in the context of the refugee crisis, Brexit, and the rise of populist extremism, Britain has never needed anthropology more than it does today. Anthropology studies different modes of thought, forms of knowledge and belief, types of material culture and collective organisation, varieties of equality, inequality and ways of life. Not just around the world, but also “at home”.

Anthropology resists the dehumanisation of others by expanding our conception of “the humanities”. The challenges of “decolonising the curriculum” rightly highlighted by last year’s Rhodes Must Fall in Oxford campaign are by no means irrelevant to further education. Here, anthropology has a potentially huge role to play. And museums such as the Pitt Rivers in Oxford and the Cambridge Museum of Archaeology and Anthropology represent important spaces in which new conversations about inhumanity and its alternatives can begin.

Defending the study of anthropology, art history and archaeology at all levels is a crucial part of resisting the erosion of so-called “soft subjects”. It is crucial that we communicate to students and teachers that these fascinating subjects can be studied at university with almost any combination of A-levels. Languages, sciences, social sciences or literature all provide useful skills for these “undisciplined”, ambitious and open-minded fields of enquiry.

But we must also take stock of what is now missing from the world view represented by the AQA curriculum. As a modern subject, anthropology challenges Euro-American assumptions about how we live, how we think and who we are. And it enriches our appreciation of cultural diversity by seeking to understand human potential.

Minority subjects facilitate a diversity of knowledge. Anthropology may be relatively small in student numbers, but the subject is essential if we are to build any truly inclusive understanding of “the humanities” in the future.

Read the article in its original publication on The Conversation.