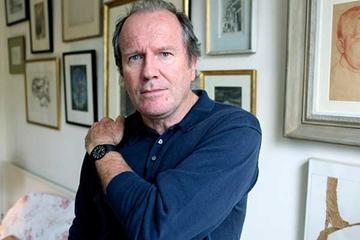 Boyd will receive Bodleian's highest honour on 30 March at the Oxford Literary Festival.

The Bodleian Libraries will present novelist and screenwriter William Boyd with the Bodley Medal, the Libraries' highest honour. Boyd will be presented with the award when he delivers the annual Bodley Lecture at the FT Weekend Oxford Literary Festival.

Award-winning novelist Boyd is the author of 14 novels. These include the Whitbread Award and Somerset Maugham prize-winning A Good Man in Africa; An Ice Cream War which won the John Llewellyn Rhys Prize; Brazzaville Beach which was awarded both the McVitie's Prize and the James Tait Black Memorial Prize; Any Human Heart which won the Prix Jean Monnet; and Costa Novel of the Year Restless. In 2012 Boyd was commissioned by the Ian Fleming Estate to write a new James Bond novel, Solo, about a veteran Bond returning to action. Boyd is also a celebrated screenwriter and playwright. Amongst numerous film and television credits, Boyd has adapted many of his own novels including film adaptations of Stars and Bars and A Good Man in Africa, and Any Human Heart for Channel 4 and Restless for BBC. Boyd's latest novel Sweet Caress: The Many Lives of Amory Clay, details the extraordinary life of a female photographer, and through her lens some of the most defining moments of modern history.

The Bodley Medal is awarded by the University of Oxford's Bodleian Libraries to individuals who have made outstanding contributions to the worlds in which the Bodleian is active including literature, culture, science and communication. Past winners include classicist Mary Beard, physicist Stephen Hawking, film director Nicholas Hytner, novelist Hilary Mantel, writer and actor Alan Bennett and inventor of the World Wide Web Sir Tim Berners-Lee.

Boyd will give the Bodley Lecture in the University's Sheldonian Theatre at 6pm on 30 March. He will appear in conversation with Richard Ovenden, Bodley's Librarian, and will discuss his life and work. Following the event, Ovenden will present him with the Bodley Medal.