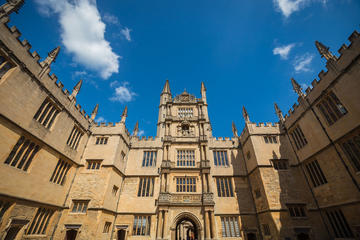 For the fourth year in a row, students have rated Oxford’s libraries as the best in the UK. The results of the 2016 National Student Survey (NSS) revealed that 97% of students at the University of Oxford felt the libraries resources and services met their needs, the highest satisfaction score of any UK university. Oxford’s libraries have consistently been at or near the top of the poll over the past seven years.

The National Student Survey is an independent national initiative, now in its twelfth year, which aims to capture the educational experience of students. The survey runs annually across all publicly funded Higher Education Institutions (HEIs) in England, Wales and Northern Ireland, as well as participating HEIs in Scotland and, since 2008, Further Education Colleges (FECs) in England with directly funded higher education students. In this year’s survey, Cambridge University’s libraries were second with a 96% satisfaction rate, while Falmouth University came third scoring 95%.

The survey asks final year undergraduates to provide feedback on their courses in a nationally recognised format. It covers six areas, including teaching, assessment, academic support, organisation and learning resources. This year nearly 500,000 final-year students responded. The results are published on Unistats.com, where they offer valuable information to prospective students and their advisors.

The Bodleian Libraries are constantly striving to improve services and resources to meet the needs of its readers. Feedback from library users, including responses from the 2016 reader survey, are being reviewed and built into future plans for improvements.