Sappho to Suffrage: women who dared 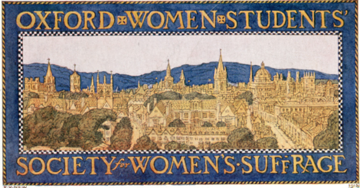 The Bodleian Libraries' inspiring 2018 treasures exhibition Sappho to Suffrage: women who dared marks 100 years since the Representation of the People Act. Covering 2,000 years of history, spanning ancient Greek poetry to the passing of women's suffrage in the UK, this exhibition presents more than 80 items showcasing stories of 'women who dared' across the millennia.

The exhibition celebrates the achievements of women across a range of disciplines, from the arts to sciences. Featured literary luminaries include Mary Shelley and Jane Austen, while ground-breaking scientists include Maria Sibylla Merian and French royal midwife Louise Bourgeois. Political campaigners including Emily Hobhouse and Mary Wollstonecraft sit alongside mavericks like Mary Lacy and Mary Read.

Books belonging to some of Britain's most famous female monarchs will also be shown; a stunning 11th century prayerbook belonging to St Margaret of Scotland, and a beautifully embroidered book written and produced by an 11-year-old Elizabeth I for her step-mother Catherine Parr. The stories of lesser-known female pioneers will also be explored, including Marjory Wardrop, the first person to translate epic Georgian works into English, and composer Fanny Mendelssohn, whose brilliance was overshadowed by her brother, Felix.

Sappho to Suffrage: women who dared will showcase unique texts, medieval book bindings, photographs, posters, ancient papyrus, letters, scientific instruments, musical scores and games, showcasing some of the Bodleian's greatest treasures alongside items that have rarely been displayed before.