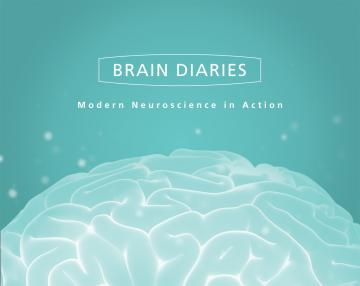 The brain is a marvel of evolution – and a new exhibition at the Oxford University Museum of Natural History, Brain Diaries, unlocks the mysteries of the brain’s development at each stage of life, from before birth until old age.

Developed in partnership with Oxford Neuroscience, Brain Diaries charts the fascinating changes that take place in the brain with each new chapter of life. It shows how your brain’s billions of neurons and trillions of connections make you the person you are.

Featuring specimens from the museum’s collections, digital interactives, and video contributions from neuroscientists, Brain Diaries will give visitors an insight into some current understandings from the rapidly developing field of neuroscience.

“Involving over 50 neuroscientists from the University, and in collaboration with Oxford University Museum of Natural History, the Brain Diaries exhibition will be a fascinating experience, with something for everyone,” said Professor Christopher Kennard, interim head of the Medical Sciences Division at the University of Oxford. “As neuroscientists we are thrilled to have this opportunity to share with the public our investigations into the workings of the brain, and our latest steps in turning this understanding into clinical treatments and therapies for neurological and mental health disorders.”

Alongside insights from current neuroscience the exhibition also places the human brain in an evolutionary context. A ‘brain wall’ display will allow visitors to compare the human brain with the brain of a cat, kangaroo, porpoise and other mammals.

There is a tactile element too: a participating neuroscientist has contributed scans of her brain, and the brains of her family, which will be presented as touchable 3D-printed models. These hands-on brains will help visitors get a feel for the size and structure of the human brain at different stages of life.

At the close of the exhibition visitors will be invited to enter a competition to devise their own investigation of the brain using state-of-the-art magnetic resonance imaging (MRI) scanners at the Nuffield Department of Clinical Neurosciences at the John Radcliffe Hospital in Oxford. The successful idea will be carried out by scientists at the hospital in participation with the competition winner.

Opening to coincide with international Brain Awareness Week, the exhibition is accompanied by a varied programme of public events, including in-gallery demos, talks, and a brain-inspired family science fair.

“It is not often we get a chance to display brain specimens from the museum’s collections, but the partnership with Oxford Neuroscience presented the perfect opportunity to look at the evolution of the brain alongside the latest neuroscience research,” said Professor Paul Smith, director of the Museum of Natural History. “As part of the museum’s Contemporary Science and Society exhibition series, Brain Diaries and its events programme offer a fascinating insight into what’s going inside our heads, throughout our lives.”

A few more brainy facts from the exhibition: