Enjoy a Last Supper in Pompeii by Heston Blumenthal

Inspired by the Ashmolean’s major exhibition Last Supper in Pompeii, Heston Blumenthal and Ashley Palmer-Watts have created their own unique interpretation of a Roman feast. 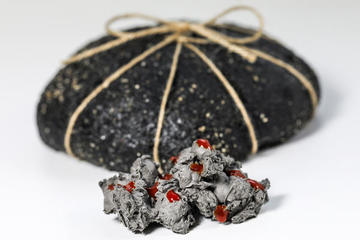 The special menu will launch on 7 January 2020 at the two Michelin-starred restaurant Dinner By Heston in Knightsbridge, London. It will give guests a taste of history, from the ancient Roman town immortalised by the ash of Mount Vesuvius in AD79. Dishes include an authentic Pompeiian bread and a modern take on Libum, a dessert based on baked fresh cheese curds.

The Ashmolean exhibition, which runs until 12 January 2020, tells the story of the ancient Roman city of Pompeii's love affair with food and wine. It includes 400 rare objects, from the luxury furnishings of Roman dining rooms to the carbonised food that was on the table when the volcano erupted. 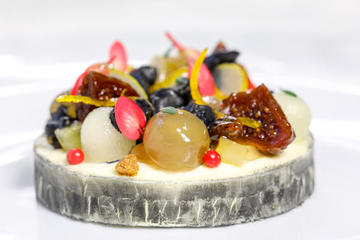 For your chance to win a taste of history and enjoy this Pompeii-inspired feast, enter the Ashmolean's competition.

The prize includes The Last Supper in Pompeii meal for four people at Dinner by Heston, including paired wines selected by the restaurant’s sommelier. The competition closes on 31 January 2020.

For further details and to enter, visit the Ashmolean's competition webpage.