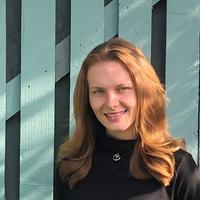 Grace Exley (University of Leeds) in partnership with the Oxford University Museum of Natural History (OUMNH).

Supervised by Dr Jonathan Topham and Professor Graeme Gooday at the University of Leeds and Ms Eliza Howlett and Professor Paul Smith at the OUMNH.

Grace achieved her BA and MSci degrees in the Natural Sciences (specialising in the History of Science) at the University of Cambridge. During a 2019 summer internship at the Cavendish Laboratory’s Historical Collection, she became interested in the images of the Laboratory’s (often nameless) female research students, which led her to pursue women’s history in her MSci studies. This culminated in a dissertation examining girls’ opportunities in the sciences in 1950s Britain through careers resources, drawing on comic books as source material.

From 2019 to 2021, Grace was Co-President of Cambridge Hands-On Science (CHaOS), a science outreach society. Leading CHaOS involved working with museums and other public venues to engage children with science. She is especially excited by the opportunities working with the Museum offers to share historical research with visitors of all ages!

Grace’s research focusses on the changing activity of women in nineteenth-century Oxford geology. Although the history of geology in Oxford – and in Britain more generally – is dominated by male actors, such William Buckland, the first Reader of Geology, and John Phillips, Professor of Geology and keeper of the Ashmolean Museum, many of these figures depended on women’s invisible labour in their work. Both Buckland’s wife, Mary, and Phillips’s sister, Anne, were two of Oxford’s many active, but overlooked, female geologists.

Using both written sources from the OUMNH’s archives and material culture from its collections, Grace’s project aims to restore the long-overshadowed women of geology to visibility. The project will interrogate objects and collections to understand and contextualise the increasingly public geological activities women undertook. Besides piecing together women’s roles in Oxford geology, Grace hopes her work will also yield insights into the shifting opportunities for women in the sciences more broadly. By comparing women’s activities in geology to other field sciences, such as botany and astronomy, the project will begin to analyse the changing identities of women in science in Victorian and Edwardian Britain.