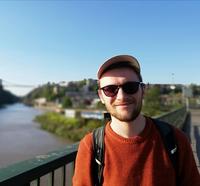 Jack Fuller (Department of Classics and Ancient History, University of Bristol, in collaboration with the Ashmolean Museum, Oxford)

Jack graduated with a First-Class BA in Archaeology from the University of Bristol in 2015, where he also won the prize for the best academic performance of his cohort. He was then awarded the Morgan Scholarship from the Institute of Greece Rome and the Classical Tradition to complete an MPhil in Archaeology at the University of Bristol, graduating in 2017. His thesis explored the history of the excavations at the Minoan site of Palaikastro, Crete, where he also participated as a member of the Palace and Landscape at Palaikastro excavations between 2013-2017. Most recently, Jack has worked as an historic environment archaeologist for Exmoor National Park Authority (2017-2018) and the area of Bath and North East Somerset (2019-2020).

Jack’s CDP project seeks to trace the development of Sir Arthur Evans’s vision of the Minoans through the objects and archives held in the Ashmolean Museum’s collection. Over 100 years ago, Arthur Evans excavated the palace of Knossos and uncovered a Bronze Age culture he would dub “Minoan”. He presented Minoan Crete as the first European civilization, a modern, sophisticated, and imperialistic society. This vision was presented in numerous publications, especially The Palace of Minos (1921-1936), through displays in the Ashmolean Museum, and in the reconstructions at Knossos.

Jack hopes his project will further contextualize current interpretations of Minoan archaeology and highlight the importance of combined collections research between publications, objects, and archives. He is also particularly interested in exploring how Evans’ ideas – especially his interpretation of Minoan religion – were influenced by Minoan plant motifs and naturalistic iconography.