Chiara Betti (School of Advanced Study, UoL, in collaboration with the Bodleian Libraries) 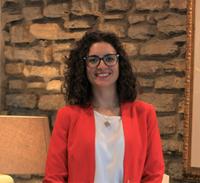 Chiara fulfilled her BA in Performing Arts and Communication at the University of Pisa in 2013, and her MA in History of Art at Bologna in 2017. After an internship in the Ashmolean Museum Print Room (2016), Chiara worked for over two years as a Cataloguing Assistant at the Ashmolean, focussing on the Douce collection of prints. She then worked for a year at Art UK as a Database and Collections Liaison Officer.

Chiara initially specialised in 16th-century Italian works on paper, and thanks to her experience as a cataloguer, she also acquired a keen interest in Early Modern Northern European and British prints. 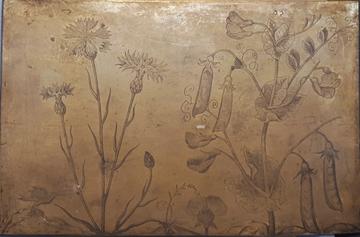 Chiara’s CDP project focuses on the origins, history, and future curatorial treatment of the c.750 engraved and etched copper plates bequeathed by Richard Rawlinson (1690–1755) to the University of Oxford. The majority of the printing plates were originally crafted in the seventeenth or eighteenth century for making picture prints or book illustrations; they illustrate scenes and objects of antiquarian and topographical interest and many portraits and include work by Wenceslaus Hollar and George Vertue. Another group of plates within this collection was made for Rawlinson himself, to depict unique objects in his own vast antiquarian collections, including medieval manuscripts, antique and exotic cultural objects, inscriptions, and seal matrices.

Chiara’s research uses an interdisciplinary approach to advance understanding of this unique corpus of print history as cultural heritage objects in and of themselves, not as secondary to the material they were used to print. The project supports research into printing matrices and their curation, as well as their connection to relevant areas of study such as art history, the history of collections, and materials science.

Chiara aims to increase knowledge of this collection while scoping further curatorial possibilities for integrating printing matrices with other library collections. As such, the research will contribute to both the historical record of the Bodleian and future curatorial treatment, within museums and libraries, of three-dimensional items which have the particular character of printing matrices.