Gold coinage in the Roman world

Gold coinage in the Roman world

George Green (University of Warwick in collaboration with the Ashmolean Museum) 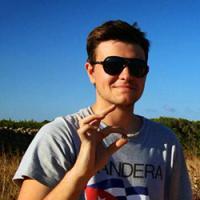 George gained a First Class undergraduate degree in Classical Archaeology and Ancient History at Christ Church, Oxford in 2015. He won the Thomas Whitcombe Greene Prize for the best performance in Classical Art and Archaeology, and the Gibbs Prize in Classical Archaeology and Ancient History for his dissertation on coin hoarding in late Republican and early Augustan Spain. During his undergraduate studies he excavated part of a Roman port town in Menorca with the Sanisera Field School. George studied for a Masters Degree at Regent’s Park College, Oxford which focused on Roman numismatics, materials analysis and the archaeology of the middle Imperial period. He graduated with a Distinction in 2016.

George’s CDP doctoral project is undertaken as part of a collaboration between the University of Warwick and the Ashmolean Museum. He is studying the metallurgy and circulation of Roman gold coinage of the first century BC to fifth century AD, in order to define its significance within Roman society and the Roman economy. It will draw on the combined expertise of Warwick and Oxford in historical metallurgy, scientific analytical techniques, and monetary history.

George’s research will combine evidence for metallurgy and circulation to enable an increased understanding of the relationship of gold coinage to the development of Roman society and economy. It will aim to produce a reliable set of metallurgical analyses for Roman gold coinage, a set of data on metal sources and production technology, a new set of metrological data, and a delineation and analysis of patterns of circulation and deposition over time. George will use the representative sample of over 600 Roman gold coins held by the Ashmolean Museum as the basis for his metallurgical study. He will also make use of existing data on gold coinage in the Oxford Coin Hoards of the Roman Empire Project.

More information about gold coinage in the Roman world can be found on the Ashmolean Museum website.

Find out more about reading Roman history through Geochemistry on the Oxford University Department of Earth Sciences website.