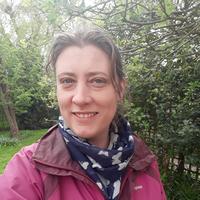 Anni Byard (University of Leicester and the Ashmolean Museum, Oxford)

Anni undertook her undergraduate degree in archaeology at the University of Liverpool, graduating in 2002. She worked as a professional archaeologist for commercial units across the UK for several years, running small and large excavation projects both in the field and from the office. From 2008 to 2019 Anni was the Finds Liaison Officer (FLO) for Oxfordshire and West Berkshire with the British Museum’s Portable Antiquities Scheme where she identified and recording over 17,000 archaeological objects discovered by the public. In 2013 Anni graduated with an MSc in Applied Landscape Archaeology from the University of Oxford, which she’d undertaken part-time during her employment. Anni frequently gives talks to the public on ‘small finds’ and archaeology and has authored two popular books on the subject as well as many journal articles.

Anni’s PhD focuses on coin hoarding across the Iron Age to Roman transition in Britain, focussing on the period c. 60 BC – AD 69. Traditionally such studies have fallen to separate specialists in archaeology and numismatics. Anni’s PhD, between the School of Archaeology and Ancient History at the University of Leicester and the Ashmolean Museum in Oxford, seeks to cross this divide using landscape and contextual archaeology alongside numismatics to explore the sacrificial economy of coin hoarding, and seeks to identify trends and changes in practice immediately before, during and after the Roman conquest.